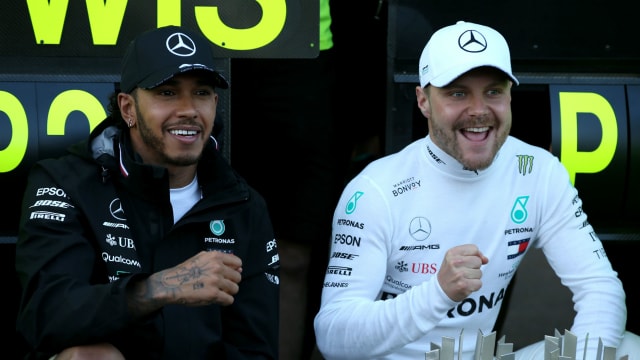 Mercedes will be hoping to match an all-time Formula One record at the Spanish Grand Prix, where Lewis Hamilton has fond memories.

Reigning champion Hamilton slipped behind Silver Arrows team-mate Valtteri Bottas in the drivers' standings after the Finn triumphed in Baku last time out.

It was Mercedes' fourth successive one-two to start the season and history beckons if they can pull off the feat once more in Barcelona.

Hamilton will likely be confident of doing his part due to his strong recent record at the Spanish Grand Prix and, with the help of Opta, we bring you the key stats ahead of this weekend's race.

3 – If Charles Leclerc wins in Barcelona he will become the third-youngest driver to win an F1 race (21 years, six months and 26 days) after Max Verstappen and Sebastian Vettel.

5 – If Mercedes record a one-two finish in Barcelona they would equal their best such streak and match the all-time record of five in succession.

6 – Schumacher is the only driver to have won the Spanish Grand Prix more times than Hamilton, who sits level with Hakkinen, Stewart, Alain Prost and Nigel Mansell on three.

100 – The next driver to secure a maiden pole position will be the 100th different person to do so in F1.