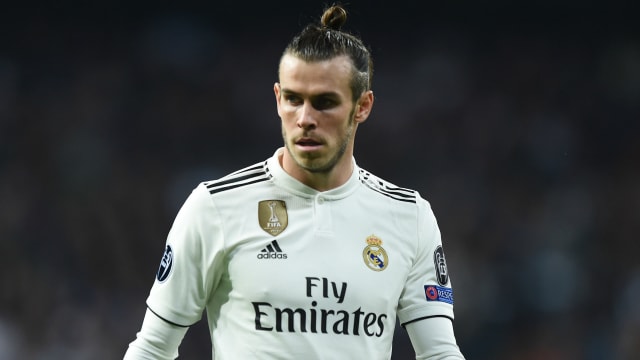 Gareth Bale could move to the Premier League if the right offer comes in, according to his agent, who also said the Real Madrid winger is equally happy to see out his contract.

The Wales international played a starring role in last season's Champions League final triumph over Liverpool before suggesting in the aftermath he could leave Los Blancos due to a lack of playing time.

But the departures of coach Zinedine Zidane and star man Cristiano Ronaldo appeared to open the door for Bale to assume a key role at the Santiago Bernabeu.

However, he and the club have endured a tough year, with Zidane back at the helm and Bale dropped from the squad for last Sunday's 3-2 win over Villarreal.

Agent Jonathan Barnett has played down talk of the former Tottenham man returning to England in the past, but he conceded a sizeable financial package might now be enough to land him.

"It certainly is possible if somebody puts their hand in their pocket and pays us what we think he deserves," he told Sky Sports. "You shouldn't ask [how much]; it's going to be a lot of money."

5 - Real Madrid have lost each of their five Clasicos at the Santiago Bernabeu in all competitions when Gareth Bale has featured. Start. #ElClasicopic.twitter.com/gWIlrF07yJ

Zidane insisted he was not sending a message by leaving Bale out for the Villarreal game, but Barnett does not believe the coach rates his player.

However, Bale remains under contract for another three years and is not pushing for a transfer.

"He wants to stay. I'm not sure that Mr Zidane wants him to stay," Barnett said. "But at the moment, Gareth wants to stay. He's got a contract and he'll quite happily see it out until 2022.

"He has been, in my opinion, one of the top three or four players in the world, but this game is a game of opinions and Mr Zidane doesn't think that.

"Good luck to him, it's his opinion and he's entitled to it. I won't criticise him."