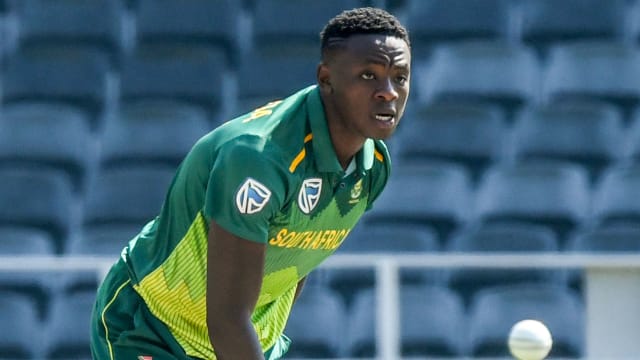 South Africa paceman Kagiso Rabada is expected to be fit for the start of the Cricket World Cup.

The 23-year-old suffered a back injury while playing for Delhi Capitals in the Indian Premier League, cutting short his participation in the competition.

However, Rabada - the leading wicket-taker in this year's IPL - is expected to recover in time to face hosts England in the first game of the World Cup on May 30.

"Thankfully, investigations revealed that there was no bony pathology. The expected recovery is two to three weeks, and we are confident he will make a full recovery to be part of the World Cup squad."

South Africa have lost one fast bowler for the 50-over tournament, with Anrich Nortje replaced by Chris Morris on Tuesday due to a hand injury.

The Proteas also have concerns over Dale Steyn (shoulder) and Lungi Ngidi (side strain), so news that Rabada is not seriously injured will come as a huge relief.