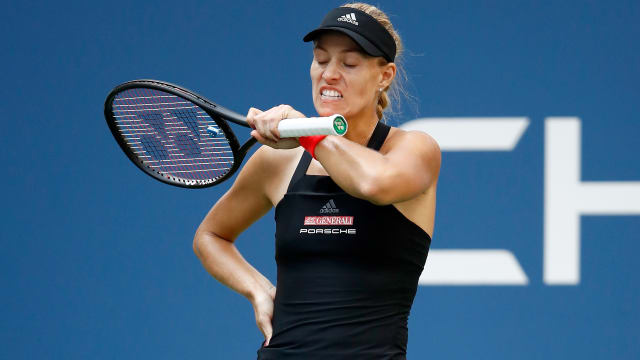 Angelique Kerber has been forced to withdraw from the Madrid Open with an ankle injury.

The three-time grand slam champion, who has not been past the quarter-finals at the French Open in her career, revealed on Tuesday that she twisted her right ankle in practice.

Kerber had been set to face Petra Martic later in the day, having defeated Lesia Tsurenko in the first round, but the Croatian will now advance to the next stage of the tournament.

And Kerber was concerned about how the injury will set her up for the rest of the season on clay, with the Italian Open and the French Open at Roland Garros to come later in the month.

"It's not the best clay court preparation," she told a news conference. "I was looking forward this year to the clay court season and now, first with the virus, now with the ankle, it's not really a good sign.

Due to an ankle injury, @AngeliqueKerber has withdrawn from the @MutuaMadridOpen.

Petra Martic receives a walkover into the third round as a result-->https://t.co/ubhNEQHkvZpic.twitter.com/VRTPdWkEqm

"Hopefully I can be ready for the next big ones. I hope there are big chances to play in Rome. I still have a few days to go.

"I have to say now, to see the next few days how it's recovered, how I feel the pain or what exactly it is at home.

Describing the issue, Kerber added: "I think it's not too serious, but I'm not able to give today everything and that's why I decide to be safe for the rest of the clay court season.

"I cannot really walk without pain, so this is why I really said, 'Okay, it's better to not risk it,' because I feel it when I'm walking and this is a not a good sign to going on court and giving everything, two or three hours running out there."