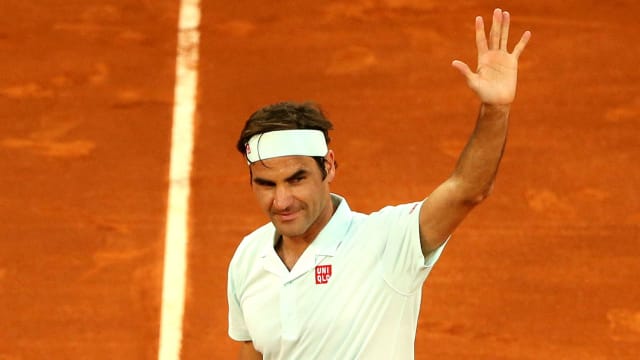 It was as if he had never been away as Roger Federer brushed aside Richard Gasquet in his first clay-court match for three years at the Madrid Open on Tuesday.

Federer had said he was making his return on the red surface with hope rather than expectation but he should be more optimistic after dismantling Gasquet 6-2 6-3.

The 20-time grand slam champion struck 28 winners and did not face a break point, breezing into the third round in only 52 minutes on Court Manolo Santana.

Federer, in action for the first time since claiming his 101st ATP singles title at the Miami Open in March, produced an imperious exhibition and will face either Gael Monfils or Marton Fucsovics in the last 16.

The World No. 3 beats Richard Gasquet 6-2 6-3 in just 52 minutes #MMOpenpic.twitter.com/GxPzYRyE2f

The fourth seed, champion at the Caja Magica on three occasions, hit the ground running and was break up at 2-0 when Gasquet ballooned a backhand into the crowd following a double fault.

Federer did not give the Frenchman a look-in as he served magnificently and conjured up two exquisite drop shots for a break point at 5-2, taking the set when his opponent tried one of his own but failed to clear the net.

The two traded punches from the baseline with their stylish backhands and Federer had to bide his time for a break-point opportunity in a tight second set.

A thunderous forehand followed by an overhead volley gave Federer the break for a 5-3 lead and the Swiss served it out with ease, converting his first match point and improving his record against Gasquet to 18-2.