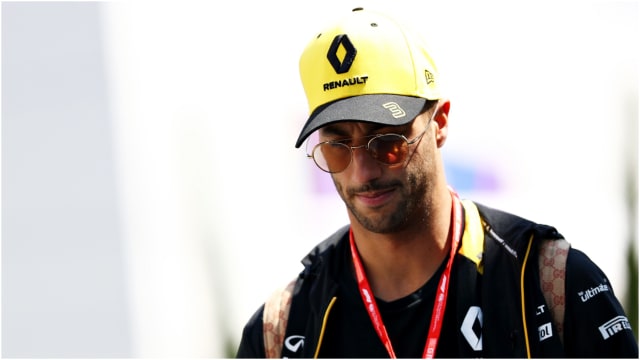 Daniel Ricciardo's arrival this year was supposed to change things for Renault and their poor performances so far have almost gone under the radar.

Ferrari's title-race woes have stolen the headlines, with Sebastian Vettel off-colour and Charles Leclerc unfortunate, but Ricciardo is yet to fire at his new team.

Renault are still mired in the midfield battle and Ricciardo has failed to score points in three of the four races this term.

All the teams lagging behind the brilliant Mercedes are likely to be striving for improvement in the coming weeks, but Renault have to be at the forefront - starting at the Spanish Grand Prix in Barcelona.

Team boss Cyril Abiteboul said: "The start of the European segment of the 2019 Formula One season is an opportunity for us to reset.

"Overall, it's been a tough start to the year and the Azerbaijan Grand Prix capped off a run of results that fell short of our expectations. We know we are capable of much more and we need to target clean weekends and races to make the most of our potential.

Previewing races is easy, right? But what if we combine a wire, a buzzer... and a Hulk? @HulkHulkenberg covers all things @Circuitcat_eng. #RSspiritpic.twitter.com/GLSbwR0Ddr

"To do so, we have work to do on all sides of our operation; chassis and engine on and off track, and work with the drivers to allow them to reach their respective capacities.

"We are motivated as ever to strive for more and we aim for a full recovery in competitiveness in Spain.

"We know that the midfield is tight, but this also creates opportunities. We've seen that fortunes can change in an instant so we go to Barcelona hungry to get our season campaign going."

Responding to the first three raceweeks of the year, Ferrari made updates to their SF90 car at the Azerbaijan Grand Prix which initially looked to have paid off.

Charles Leclerc was flying until an error in qualifying saw him crash, hampering him for the rest of the weekend.

Unperturbed, Ferrari are looking to continue development of their vehicle in order to close the gap to Mercedes.

"We are currently behind in the championship and we have to catch up, which we know means that our development work will be the key to this season," said Mattia Binotto.

"Having brought a new aerodynamic package to Baku, we will also bring some developments in this area to Barcelona.

"On top of that, we will have a new power unit that we are introducing ahead of schedule, as the second specification was due to be brought to Canada.

"Shell, in close collaboration with our team, has developed a different formulation of race lubricant that will also be introduced with the new power unit, delivering increased performance.

"It's only down to a big team effort with everyone pushing hard to make up ground that we have been able to bring these developments forward."

Valtteri Bottas is one win away from securing as many race wins in 2019 as in the rest of his F1 career combined (three, all in 2017).