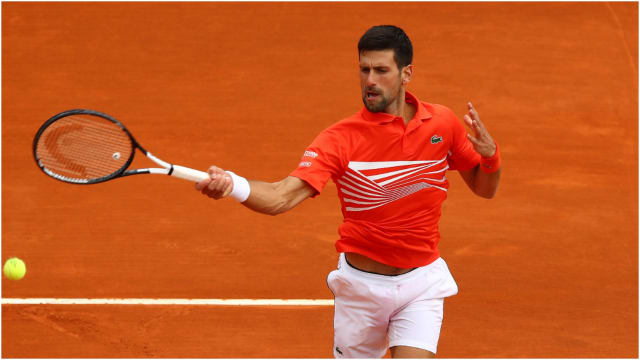 Novak Djokovic again made light work of Taylor Fritz on clay on Tuesday, winning 6-4 6-2 to move into the third round at the Madrid Open.

The world number one endured a disappointing Monte Carlo Masters last time out, but he swept aside Fritz 6-3 6-0 en route to the quarter-final and this was another routine victory.

Fritz initially stayed with his opponent on serve but failed to put Djokovic under any sort of pressure, making the sole breakthrough of the opening set an increasing inevitability.

The Serbian, playing his first match of the week, then raced through the second to wrap up victory in just an hour and five minutes.

After a tight start, some sensational defence from Djokovic in a lengthy rally set up the first break point opportunities of the match in the seventh game, the first of those then taken as Fritz went long.

That was the only gain required to settle the opener and the top seed quickly moved in front in the second.

A far more comfortable set followed, with Djokovic raising his game and Fritz struggling to keep pace, going narrowly wide to gift away another break and put the favourite in cruise control.

Fritz recovered in his next service game to prevent a third consecutive break, but Djokovic was extremely comfortable and swiftly closed out the match at the first time of asking with a ruthless forehand.