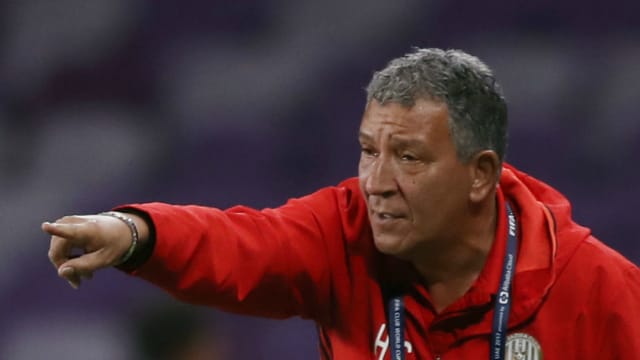 Al Wahda and Al Ittihad have progressed to the AFC Champions League last 16 after both registering Group B wins on Tuesday.

Al Wahda came from behind to book their spot with a 3-1 win over Lokomotiv.

The Uzbek side forged ahead two minutes after the restart through Temurkhuja Abdukholikov but the hosts fought back courtesy of an Igor Jelic own goal on the hour-mark.

They then powered to all three points thanks to Leonardo's penalty 13 minutes from time and Khalil Ibrahim's stoppage-time goal.

Al Wahda come back from a goal down to secure the win and their spot in Round of 16. For Lokomotiv, their chances of survival in the ACL comes to an end.
#WAHvLKM#ACL2019pic.twitter.com/7y5XX5o3SC

Al Ittihad were indebted to goals from Nasser Al-Shamrani and Romarinho to seal a 2-0 win over Al Rayyan.

Ulsan have joined them in the last 16 with a slender 1-0 Group H win over Sydney FC thanks to Mix Diskerud's impudent back-heeled goal.

In the group's other game, Kawasaki Frontale's hopes of progressing hang in the balance after they drew 2-2 with Shanghai SIPG.

Leandro Damiao and Shogo Taniguchi were on target for the Japanese side, but Brazilian striker Hulk scored twice to ensure they remain in third place behind Ulsan and Shanghai.

Al Nassr have progressed from Group A, meanwhile, after a convincing 3-1 win over Al Wasl.

Zob Ahan join them in the latter stages after a 2-2 draw with Al Zawra'a at the Karbala International Stadium.

The hosts had looked set for all three points after Alaa Abbas and Mohannad Abdul Raheem cancelled out Mohammad Zobeir Niknafs' opener but Reza Habibzadeh popped up in stoppage time to keep Zob Ahan top of the group on 11 points.

Jeonbuk Motors have progressed from Group G after Kim Shin-wook's solitary goal gave them all three points against Beijing Guoan, while Urawa Reds remain in contention for a knockout spot after beating Buriram United 2-1.