Irving has 'unwavering' confidence in Celtics 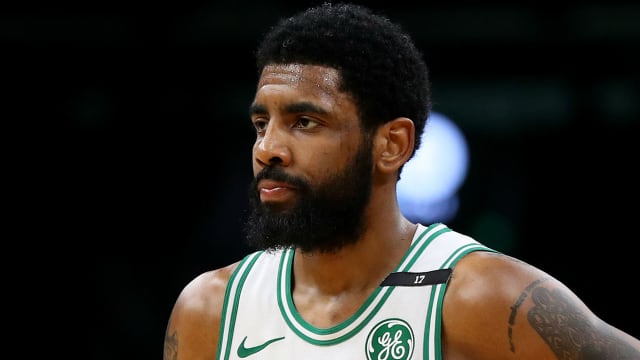 Kyrie Irving thinks the Boston Celtics can still advance to the Eastern Conference Finals despite their 113-101 home loss to the Milwaukee Bucks on Monday.

When asked about his confidence in Boston's ability to come back from a 3-1 deficit, Irving said it was "unwavering".

"It's unwavering. It's the game of basketball," Irving said.

"At this point we obviously understand the X's and O's. It's just going out and trying to manage the game better. We've tried to do that the last few games. Tonight the third and fourth quarter was where they made their money. As well as in the second, holding us to 19 [points]. They're doing a great job of making us make multiple efforts on both ends of the floor.

"Putting us in some positions, putting guys on different guys, driving the basketball to the rim, getting open layups, you know. Making the game easy for one another. They feel good about themselves. You know you have to break a rhythm like that, and we've failed to do so at certain points in the game where they've gone on runs. And it's shown."

Irving has tallied 52 points in the past two games but has only shot 34.1 per cent from the field. He is shooting 20 per cent from beyond the arc in that stretch.

The six-time All-Star is averaging 22.1 points and 7.8 assists per game in his first postseason with the Celtics, but he will have to improve to help his team move on.

"You do the same thing you've been doing all along. You play the next possession to win it and that's it. You focus on that. It takes a lot of mental fortitude, it takes a lot of mental toughness and it reveals a lot. So I'm looking forward to that challenge. We don't want to be in this position, but we are."

Game 5 will take place in Milwaukee on Wednesday.