Beverley: Warriors' Durant the best player in the NBA hands down 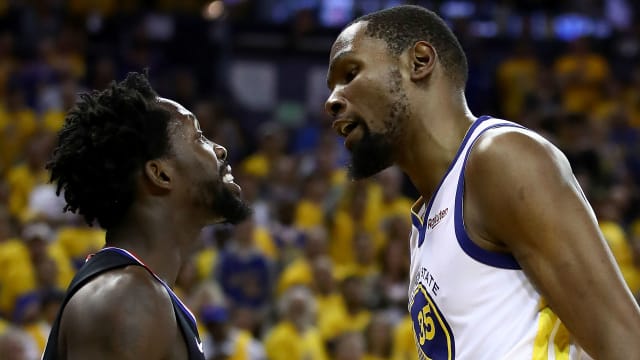 Durant has had an impressive postseason run and Beverley praised him during an interview with NBA TV on Monday.

"I've guarded a lot of people," Beverley said. "I went home and I told my friends, 'He is the best player in the NBA hands down. It's not even close.'"

The pair had a few notable exchanges in the playoffs, including a verbal altercation in Game 1 which led to both of their ejections.

Durant tallied 33 or more points in each of the final four games of the Warriors' first-round series. In total, he has averaged 35.6 points in the playoffs.

"He saw something and he went at it every single time," Beverley said. "That's a killer mindset."

The Warriors will face the Houston Rockets in Game 4 of their second-round series on Monday. They enter the matchup with a 2-1 series lead.