Osaka battles past Cibulkova in Madrid 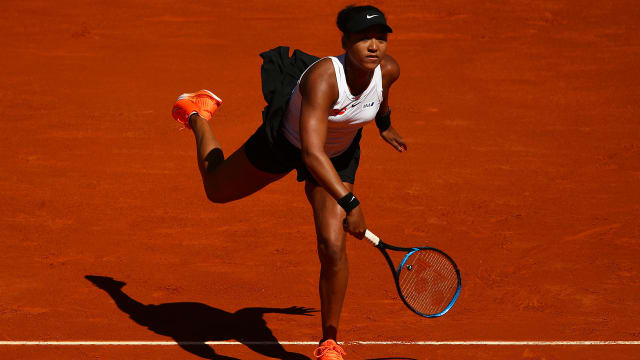 Naomi Osaka overcame the stern challenge of Dominika Cibulkova on Sunday to advance to the second round of the Madrid Open.

The world number one recovered from a break down in each set to prevail 6-2 7-6 (8-6) and record her first main-draw victory at the tournament.

Osaka was dumped out in the first round by Shuai Zhang 12 months ago and, coming into this event nursing an abdominal injury sustained in Stuttgart, the early signs were not promising against Cibulkova.

The Japanese dropped serve to trail 2-1 in the first set but responded immediately to get back on level terms and a deep forehand in game six earned her two break points – converting the first as her opponent went long.

One set point went begging as Cibulkova came under pressure again next time round, but Osaka was not to be denied as the Slovakian erred again and the top seed edged in front.

A deft drop-shot – a frequently used tactic for Cibulkova – earned her a break to begin the second but a costly double-fault meant the set was back on serve at 4-4.

Only three of the 14 points in the tie-break went with service, Cibulkova managing to stave off one match point with a whipped forehand but going long on the second as Osaka advanced to a meeting with either Lara Arruabarrena or Sara Sorribes Tormo.

It's a win for @Naomi_Osaka_ at the #MMOpen!
She claimed the match over Cibulkova 6-2, 7-6(6)  pic.twitter.com/PxyalAVNGa