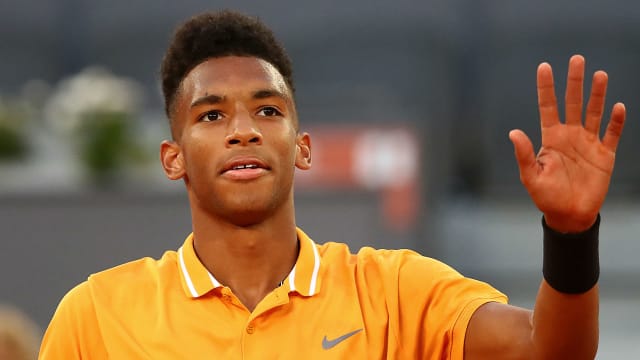 Felix Auger-Aliassime will face Rafael Nadal in the second round of the Madrid Open after beating close friend Denis Shapovalov, while Jan-Lennard Struff knocked Nick Kyrgios out on Sunday.

Wildcard Auger-Aliassime came through an all-Canadian encounter 6-2 7-6 (9-7) to set up a showdown with Nadal, a five-time winner of the tournament in his homeland.

Teenager Auger-Aliassime levelled up his head-to-head record with his compatriot at 1-1 after breaking three times to secure his 17th win of the season.

Kyrgios made a disappointing start to his clay-court season, losing 7-6 (7-4) 6-4 to German Struff.

Struff will come up against Marin Cilic or Martin Klizan in round two after winning 91 per cent of points on his first serve and fighting back from a break down in the second set.