Pellegrini 'absolutely convinced' Arnautovic will return to his best next season 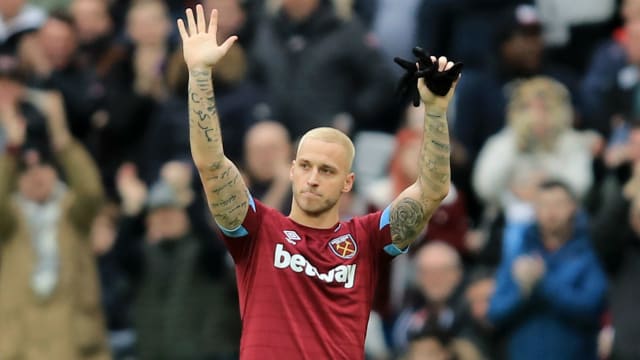 West Ham boss Manuel Pellegrini hopes that Marko Arnautovic can return to his best form next season after showing what he is capable of with his brace against Southampton.

The Austria international scored his first goals since January to earn his side a 3-0 win at the London Stadium on Saturday.

Arnautovic's future has been in doubt since the turn of the year when he was linked with a move to the Chinese Super League, but he went on to sign a new long-term deal and Pellegrini believes the 30-year-old will profit from a quiet off-season.

"With this team, with Marko, a complete season that is quiet, calm and just playing football I think it is a player who makes a difference," Pellegrini said at his post-match news conference.

A fantastic performance in our final home match of the season!

Arnautovic grabs a brace and Fredericks is on the scoresheet as we beat Southampton comfortably at London Stadium pic.twitter.com/cZDgGeJmSU

"Last season, for different reasons, he started bad but after that he demonstrated what he can do.

"This season, exactly the same, when he was mentally involved he played the same and made the difference and I hope that next season, he will be involved in doing a complete season.

"I am sure this season for him will have been a good lesson, he learned some things and I am absolutely convinced next season we will see a great Marko."

Arnautovic's double and Ryan Fredericks' first Premier League goal made it back-to-back victories for West Ham, who are one point outside the top half.

With one game of his side's season left to play - a trip to Watford next Sunday - Pellegrini declared himself pleased with their campaign on the whole.

"It's a special season because we started so badly," he told BBC Sport. "We knew it wouldn't be easy but we had so many players with injuries - a lot of players that couldn't play but maybe they will give us the plus we need to improve for next season.

"For me it's a good season, a consistent season, we are not fighting relegation, but not only in the table but in the stadium too I think a lot of people are happy."