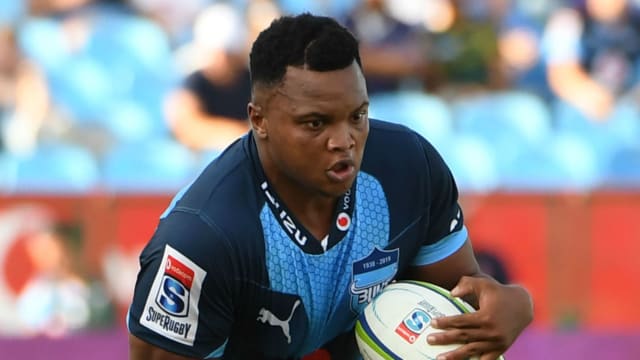 Simphiwe Matanzima scored the decisive try as the Bulls beat the Waratahs 28-21 to go top of the Super Rugby South African Conference on Saturday.

The Waratahs made an encouraging start to their tour on a day in which Israel Folau gave evidence at the beginning of his hearing into the Australia full-back's sacking.

It was the Bulls who came out on top at Loftus Versfeld, though, responding to a defeat against the Stormers with a hard-fought victory to spoil Michael Hooper's record-breaking 57th game as Waratahs captain.

Pote Human's side led 18-7 at half-time in Pretoria, Warrick Gelant and Duane Vermeulen scoring either side of a Nick Phipps try and Handre Pollard on target with two penalties.

Pollard was successful from the tee again early in the second half, but Kurtley Beale went over from the back of a scrum and Curtis Rona touched down in the corner for a try that Bernard Foley converted to level 12 minutes from time.

Matanzima crashed over a couple of minutes later to put the Bulls back in front and Pollard added the extras, sealing a seventh consecutive home win over the Sydney franchise.

FULL TIME - A strong half from the visitors wasn’t enough as the Bulls come away with the victory. #BULvWAR#SuperRugbyhttps://t.co/VPWzjdjiLhpic.twitter.com/DTkRxkSBAZ