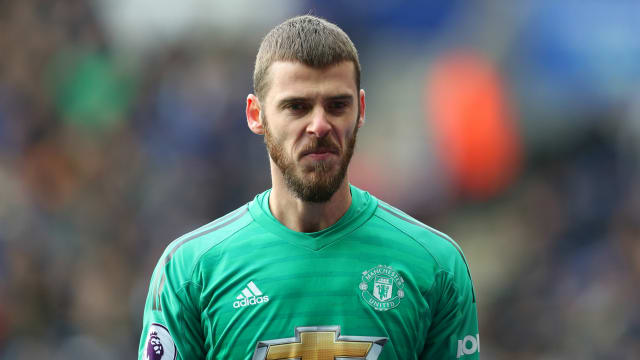 David de Gea is determined to prove he remains a world-class goalkeeper and will start against Huddersfield Town on Sunday, Ole Gunnar Solskjaer has confirmed.

The under-fire Manchester United keeper has been spared from fresh selection pressure after reserve shot-stopper Sergio Romero sustained a knee problem in training.

De Gea has seen his first-choice status called into question after committing high-profile errors against Barcelona, Manchester City and Chelsea in April.

Solskjaer did not confirm whether De Gea would have retained his place for the trip to John Smith's Stadium had the experienced Romero been available, but is not wavering in his support for the Spain international.

"He will play," Solskjaer said at Friday's pre-match news conference. "Sergio was injured yesterday so didn't train. He tweaked his knee.

"David has been training well this week.

3 - David de Gea has made three errors leading to goals in his last four games in all competitions for Manchester United - as many as in his previous 123 matches combined for the Red Devils. Sloppy. #MUNCHEpic.twitter.com/Tbq59cYSU7

"Of course we trust him, he's been fantastic this season. Towards the end of the season he's been in the headlines for maybe the wrong seasons, but he's got to deal with that.

"The goalkeeping department is fantastic, they're a tight-knight group. They've experienced better times obviously, but [David] is ready for Sunday. He's confident and is looking forward to the next two games.

"David wants to prove what a good goalkeeper he is. With his performances over the years, David has all my confidence."

Asked whether a fit Romero would have inherited the gloves, Solskjaer responded: "Ifs and buts and hypothetical questions. Sergio knows he how highly I rate him."