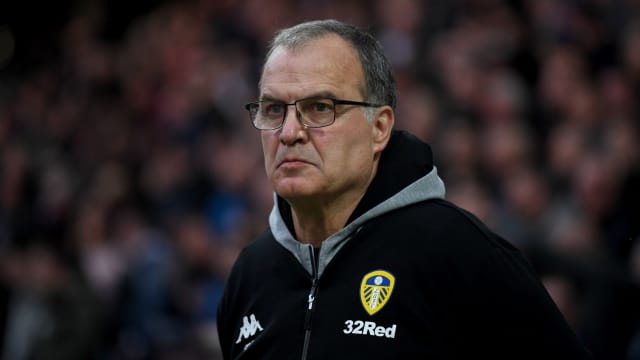 Marcelo Bielsa says he paid Leeds United's £200,000 Spygate fine out of his own pocket.

Bielsa admitted to observing each of his rivals' training sessions and, speaking ahead of the trip to Ipswich Town on Sunday, claimed he stumped up the six-figure sum his club were ordered to pay.

"The sanction I received that the federation [Football Association] gave us - £200,000 - is a financial sanction the club received, not against me, but I am responsible for it and that's why I paid from my pocket the financial sanction," Bielsa told reporters.

Leeds are set to be dealt another fine after being charged by the FA for failing to control their players during last weekend's dramatic draw against Aston Villa, a melee having broken out after Mateusz Klich played on and scored as Jonathan Kodjia lay injured on the floor.

| Marcelo on team news for Sunday: "Patrick Bamford won't be in. We have doubts with Tyler Roberts and Stuart Dallas. With these two doubts, we might have a positive outcome with Dallas, with Tyler it's a little more complex."

Bielsa instructed his players to let Villa equalise and the eventual 1-1 draw ended his side's slim hopes of winning automatic promotion to the Premier League.

Speculation has mounted over whether the former Argentina boss will stay on at Elland Road should the season end in play-off heartbreak, but Bielsa denied a potential second campaign in charge is dependent on which division Leeds find themselves in.

"I have never said that if we don't get promoted that I won't carry on my work here," he said.

"I would never say that if we stay in the Championship that I won't stay here, otherwise you would say the importance of the team, this club, is linked to the division in which it plays.

"For me, this team and club is important, whether they play in the Premier League, Championship or League One.

"I don't want people to think I'm not thankful, because if after the year I have spent here I only limit my valuation to the fact they play in one division or the other, then I am not tactful."