Mertens out in Rabat as Pera springs Prague surprise 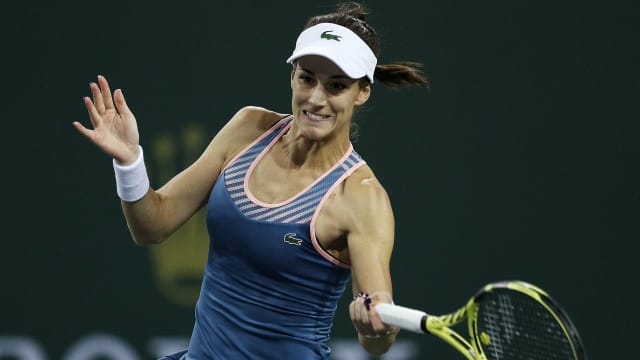 Bernarda Pera put an end to Wang Qiang's hopes of glory in Prague, while Elise Mertens' reign in Rabat came to an end on Thursday.

Pera caused an upset in the last eight of the Prague Open, overcoming third seed Wang 6-0 6-7 (5-7) 6-3 to reach her second semi-final on the WTA Tour.

The American let slip a 5-2 lead in the second set but rallied impressively in the decider to clinch victory. Next up will be Karolina Muchova, who defeated Natalia Vikhlyantseva in straight sets to progress.

Muchova is one of two Czech players through to the last four – she is joined by Barbora Strycova, the ninth seed overcoming her sixth-seeded compatriot Katerina Siniakova, dropping just three games in the process.

Jil Teichmann, meanwhile, made it through to her maiden semi-final by dismissing the challenge of German Tamara Korpatsch in a one-sided clash.

It's her first ever WTA semifinal!
@karomuchova7 claims the match 6-3, 6-4 over Vikhlyantseva.#PragueOpenpic.twitter.com/Xbt3BZCAga

Sakkari, the sixth seed, is still yet to drop a set at the tournament and will go up against another Belgian in Alison Van Uytvanck, who hit back in style after falling a set down versus Ysaline Bonaventure, in the semi-finals on Friday.

Ajla Tomljanovic, who triumphed 6-2 6-4 against Rebecca Peterson, stands between Konta and a place in the final.