Ramsey taking a step down by joining Juventus, suggests Seaman 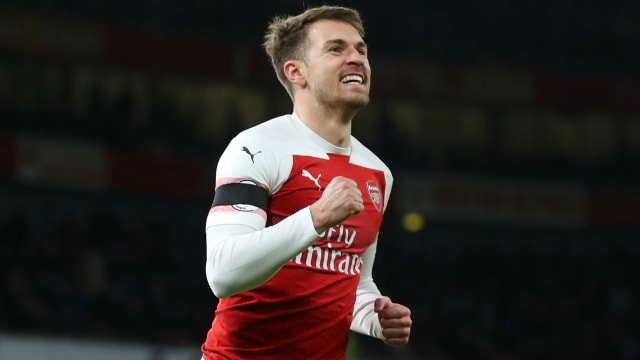 Aaron Ramsey is taking a step down by leaving Arsenal for Juventus, former Gunners goalkeeper David Seaman has suggested.

Wales international Ramsey is set to complete a free transfer to the Serie A champions at the end of the season, having agreed to a contract that, according to some reports, will see him earn £400,000 per week.

The 28-year-old, who could miss the rest of 2018-19 due to a hamstring injury, has won three FA Cups since joining the Gunners in 2008, but a shot at the Premier League title has rarely looked likely.

However, Seaman still believes the Londoners are a bigger club than Juve, who have won eight consecutive league titles in Italy and have reached the Champions League final twice in the past four years.

"Arsenal will remember Aaron Ramsey with great fondness," Seaman told talkSPORT. "He's a great player and the most frustrating part about all this is he's playing even better now, and he's going to leave!

"It's the same thing again, another great player is leaving our club to go to another club which is not really as big as Arsenal.

"For me, it's so frustrating that they couldn't do that deal [for a contract extension]. He'll probably get voted player of the year."

Well done to the team, we left it all out there. Last game against Man United in an arsenal shirt.  Amazing atmosphere. pic.twitter.com/1ESbqatQWS