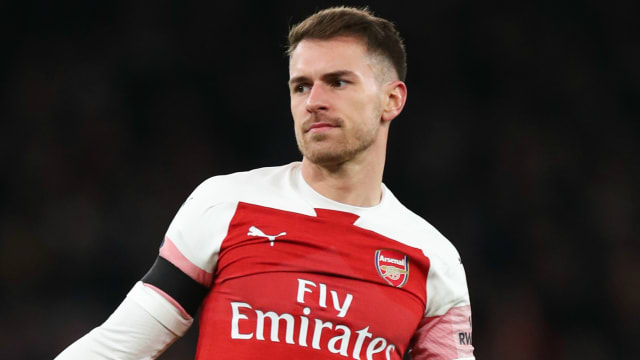 Aaron Ramsey has been ruled out of Arsenal's Europa League clash with Valencia on Thursday, while Nacho Monreal is a doubt.

Wales international Ramsey is still sidelined with the hamstring injury sustained in the quarter-final second-leg win over Napoli and, although he could return to action before moving to Juventus at the end of the season, he remains unfit.

Monreal, meanwhile, has a calf problem and will face a late fitness test ahead of the semi-final first leg at Emirates Stadium.

Denis Suarez is out with a groin injury, while Hector Bellerin (knee), Rob Holding (knee) and Danny Welbeck (ankle) are still recovering from long-term problems.

The Gunners host Marcelino's side before heading to Mestalla for the return leg on May 9.

The Gunners are unbeaten in their last 9 home #UEL games

Will that run continue on Thursday?  pic.twitter.com/qgGqGKmx7R