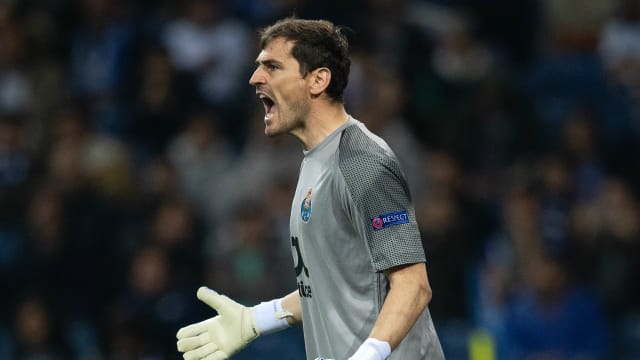 Iker Casillas was taken to hospital after suffering a heart attack during a Porto training session on Wednesday and the football world responded with an outpouring of supportive messages.

The 37-year-old World Cup winner was taken to Hospital CUF Porto, where he was declared to be in a stable condition with his problem "resolved".

Casillas' status as one of the game's modern greats is undisputed and many of those he competed with or against sent well-wishes via social media.

Former Real Madrid team-mates Ivan Campo and Pepe were among those to do so, along with current Los Blancos stars Sergio Ramos and Gareth Bale.