Keita forced off at Camp Nou 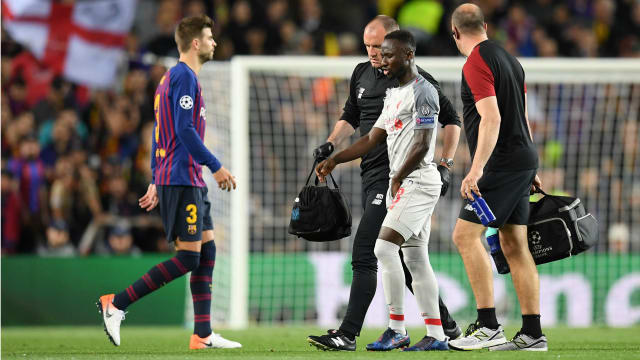 Naby Keita's early injury at Camp Nou provided Liverpool with a setback at Camp Nou as the midfielder was forced off shortly before Barcelona took the lead in the first leg of their Champions League semi-final tie.

Keita suffered a suspected groin injury and left the pitch in the 22nd minute, with club captain Jordan Henderson entering the fray two minutes later as the Guinea international's replacement.

And, just two minutes after Henderson had arrived, Barcelona went ahead through ex-Liverpool forward Luis Suarez.

Keita's first season in England could now be prematurely ended as Liverpool travel to Newcastle United on Saturday for their penultimate Premier League fixture before the return leg against Barca at Anfield next Tuesday.

24' - We're forced into an early change as the injured Naby Keita is replaced by Jordan Henderson.