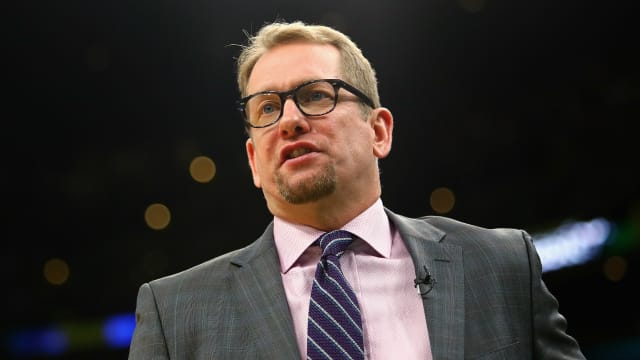 Nick Nurse will assess his rotations after the Toronto Raptors slipped to defeat in Game 2 of their Eastern Conference semi-final series with the Philadelphia 76ers.

Jimmy Butler posted 30 points and 11 rebounds as the 76ers levelled the best-of-seven contest at 1-1 with a 94-89 triumph at Scotiabank Arena on Monday, ending their 14-game losing streak in Toronto.

Raptors coach Nurse faced some criticism for not using Kawhi Leonard until after three minutes of the fourth quarter had passed, while Marc Gasol and Danny Green also missed large parts of the last 12 minutes.

With the Toronto bench combining for two-of-11 shooting across the entire game, Nurse concedes he may have to rethink his strategy moving forward.

"Yeah, I think we always take a look at it," he replied when asked about his rotations.

"We're always thinking about possible adjustments to it or changes or whatever and this will certainly give us cause to reflect on that for sure.

"What we come up with for Game 3 I don't know yet. You know there's always little things you wish you changed - left this guy in longer or put this guy in sooner or whatever.

"But I think we played pretty well with this rotation, we wanted to try and stay with it as much as we can."

On the problems Butler posed his team, Nurse replied: "Listen, Jimmy Butler is a gamer.

"He wasn't going to be quiet this whole series, this guy can play, he's been in the playoffs et cetera.

"We have to look at some match-ups, see how match-ups work, did we like who we have on him? Did we like coverages on him? Which did we like? Which can we improve on?"

Claire Williams: They maybe give me a rougher time because I am a woman