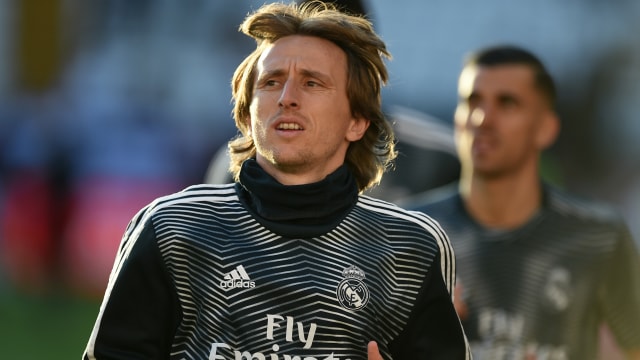 Luka Modric will continue at Real Madrid next season ahead of an expected overhaul, according to former forward Predrag Mijatovic.

Madrid – eliminated in the Champions League last 16 – are set to finish third in LaLiga following their shock 1-0 loss at Rayo Vallecano.

Modric endured a poor performance in the away defeat amid ongoing transfer links, with Paul Pogba and Eden Hazard set to headline a wave of new signings.

Mijatovic – who won the 1997 LaLiga and the 1998 Champions League during his time at the Santiago Bernabeu – said the 33-year-old Modric will remain in the Spanish capital, having previously attracted interest from Inter.

"He will continue," Mijatovic told El Larguero. "I have spoken with him and it was one of the worst games he has played.

"He is a committed chap and the problem won't be Modric. It won't be easy to recover what he had with the players that are going to arrive.

"The market has changed. All of the club know they need to sign and the prices increase. He's a professional and he is happy. He suffers like everyone."

Manchester United's Pogba and Chelsea star Hazard are reportedly on track to join Madrid, while Eintracht Frankfurt forward Luka Jovic is also believed to be on the club's radar.

There are doubts, however, over Gareth Bale's future under Zinedine Zidane in Madrid as well as veteran full-back Marcelo and Isco.

"Zidane was very clear during his first spell. He didn't like the game or the situation and now will be worried as to what to do in the coming season, finding a solution for Bale and what teams he wants won't be easy," Mijatovic said.

"It won't be easy because some of these players have given so much joy. Zidane has a big job to motivate them again. I'm not optimistic because to make a new team is not easy."

On Marcelo, Mijatovic added: "He has had a complicated season. They are lots of doubts about him. He is a player who can recover his form and it's a difficult job. You have to give him love. Zidane has a lot of things to do this summer with important players."