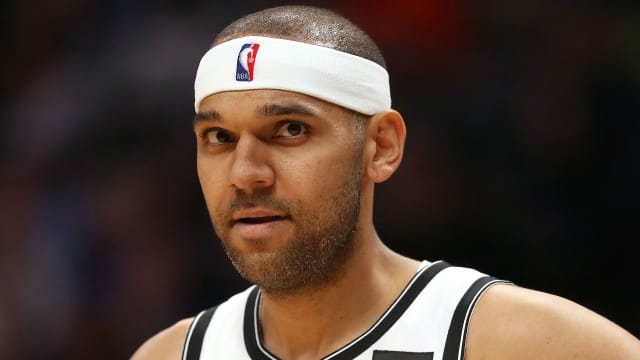 Dudley called the star "average" in the half court during Brooklyn's first-round playoff series against the 76ers.

Now, the 12-year veteran says he should have used different words.

"I do wish I chose different words," Dudley told the New York Times when asked if he had any regrets about his remarks.

"I was breaking down how we were going to guard him – how you try to limit someone like Ben Simmons. I was just trying to say that we would have our best success if we could get him in a half-court game.

"Should I have used the word 'average?' Looking back on it, no. It was such a negative reaction after I said it that no one heard I also said he was elite in transition and an elite passer. But, you know, it happens. It's the playoffs. And I understand the reaction. I understand how it goes."

Despite the attention Dudley's comments brought, Brooklyn did not caution him against speaking his mind moving forward.

"When it came to the front office, no one said anything about toning it down," Dudley said. "It was not intended to be said in a disrespectful manner. And I think I've earned that right in my 12 years. I'm not saying stuff to say stuff."

Simmons went on to tally 17.2 points, 6.6 rebounds and 5.4 assists per game against the Nets. Dudley averaged three points and 2.8 assists in the series.

The 76ers eliminated the Nets in five games. They are tied with the Toronto Raptors at 1-1 in the Eastern Conference semi-finals.

Dudley will be a free agent this offseason.