Zidane: I don't know if Bale is focused 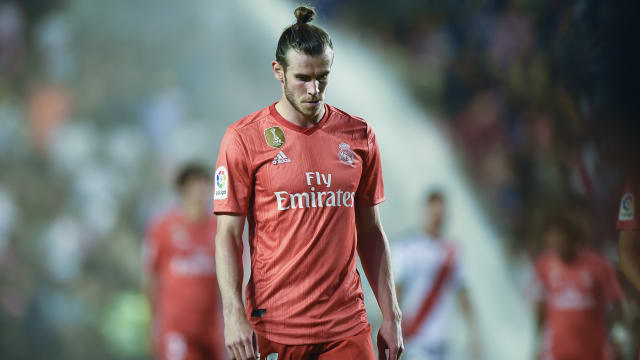 Zinedine Zidane is unsure if Gareth Bale is focused at Real Madrid as the coach apologised for his side's shock loss to Rayo Vallecano.

Madrid's poor LaLiga season continued with a surprise 1-0 defeat away to Rayo, who climbed off the bottom of the table.

Bale started up front but was unable to have an impact and, with questions over the Welshman's future, Zidane said he was unsure about the 29-year-old's commitment.

"I don't know if Bale is focused," he told a news conference.

Adri Embarba's first-half penalty was enough for Rayo, who kept their slim chances of survival alive, while Madrid are set to finish third.

Zidane, who returned to the helm last month, blasted Madrid for their display at the Estadio de Vallecas.

"We haven't found the goal. We didn't do anything from the first minute to the end – at all levels, not only at the goal level," he said.

"We haven't had anything and we haven't played anything. We have to be very angry.

"I'm very angry because our image today has been bad. I am responsible, not just the players.

"You have to apologise for everything we did today."