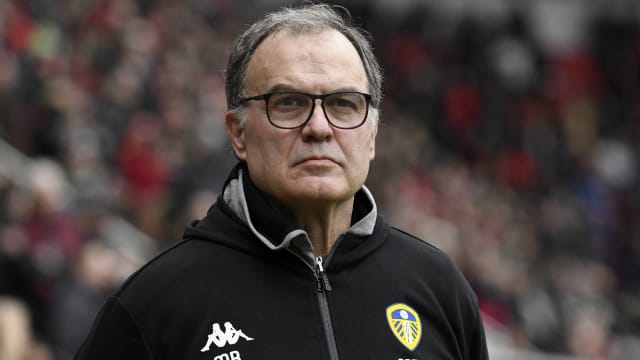 Marcelo Bielsa thinks it was in keeping with the spirit of English football for Leeds United to allow Aston Villa to score in Sunday's 1-1 Championship draw.

The home side were held at Elland Road, a result that means Sheffield United join Norwich City in securing automatic promotion to the Premier League.

Leeds would have mathematically had a chance of pipping Chris Wilder's side to second place in the table with a win, and it looked as though three points were on the cards when Mateusz Klich broke the deadlock 72 minutes in after the hosts refused to put the ball out of play and allow Jonathan Kodjia treatment.

A bust-up on the pitch ensued, with Anwar El Ghazi sent off for a clash with Patrick Bamford, but Bielsa then ordered his players to allow Albert Adomah to equalise following the restart.

Explaining his decision to Sky Sports, Leeds boss Bielsa said: "We just gave the goal back. Everyone saw the facts. We expressed our interpretation of the facts by doing what we did.

"English football is known for this [sportsmanship]. I don't have to comment on this kind of thing, which is common in England."

Villa boss Dean Smith praised Bielsa and Leeds for their actions after admitting he had asked his opposite number to allow them the chance to score.

"I asked him, and he went, 'No, I agree'. I think they all agreed," said Smith. "He was apologising, so I said they should let us walk a goal in. They had a talk about it and said 'okay'. I'm full of respect for them for that.

"Klich's just apologised to me after the game. He said, 'I shouldn't have done that, it's wrong'. But every credit to Leeds United and Marcelo Bielsa for giving us the opportunity to put that right."

Smith also confirmed Villa will appeal against El Ghazi's red card, which was rewarded after Bamford reacted theatrically when the Dutchman swung an arm in his direction.

"I've seen it back and I think everyone else has, so I'll be absolutely amazed if that's not rescinded. We will certainly appeal that," he said.