Klopp feels Liverpool are being rewarded for Keita patience 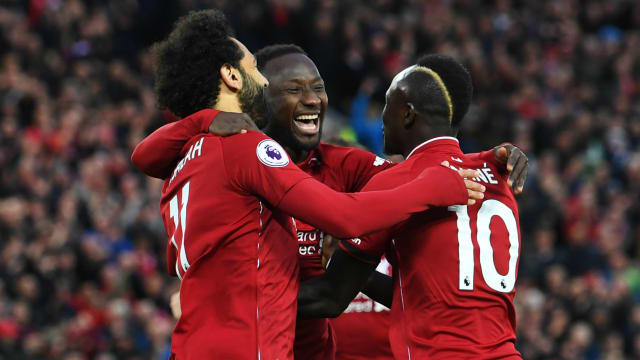 Much was expected of the Guinea midfielder following move from RB Leipzig for a reported £52.75million ahead of the 2018-19 season.

Keita struggled to hit the ground running in the Premier League and initially found himself in and out of the Reds' starting XI.

However, the 24-year-old has started to show what he is capable of in recent games for the title hopefuls and took just 15 seconds to open the scoring in Friday's 5-0 hammering of relegated Huddersfield Town.

That was his third goal in five outings in all competitions and Liverpool boss Klopp says Keita just needed time to show his true qualities.

"People expect if you pay money for a player that you come in and from the first day you show everything you are able to do," Klopp said.

Let's keep up momentum in May. pic.twitter.com/us6mPQZsPT

"That would be nice if it's always that easy. It's not. Naby needed time, we gave him the time and now he is there.

"It was just a brilliant game."

Liverpool are top of the league with two games remaining, but rivals Manchester City will return to the summit if they beat Burnley on Sunday.