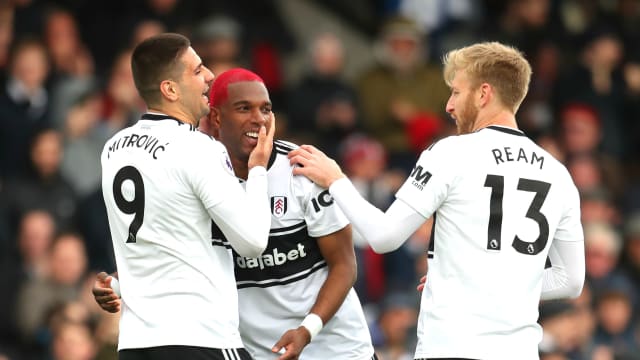 Ryan Babel scored a stunning late winner as Cardiff City missed the chance to draw level on points with Brighton and Hove Albion by going down 1-0 away to Fulham.

The Bluebirds, who boosted their survival hopes by winning at Brighton last week, were second best at Craven Cottage on Saturday despite Fulham already being relegated.

Fulham scored a deserved winner in the 79th minute when Babel hit a wonderful drive from 25 yards, and Southampton's 3-3 draw at home to Bournemouth means Cardiff can only catch Brighton.

After Cardiff felt Aleksandar Mitrovic fouled Sean Morrison in the Fulham box early on, the Serbia striker's snapshot was beaten away by Neil Etheridge.

There was a lengthy delay as physios from both clubs attended to Denis Odoi after the Fulham defender appeared to be knocked out in a worrying collision with team-mate Maxime Le Marchand.

The half ended without a clear chance despite nine minutes of added time due to Odoi's injury, but Fulham should have led early in the second period when Mitrovic lifted a fine opportunity over.

Etheridge had to turn Tom Cairney's cross over his own crossbar as Fulham continued to press, with Joe Bennett's fine intervention then denying Joe Bryan a close-range strike.

An increasingly desperate Cardiff threw more players forward in the closing stages, but it was Fulham who broke the deadlock in sensational fashion.

Odoi's replacement Cyrus Christie made good progress down the right and when he fed Babel the Netherlands international arrowed an unstoppable strike across Etheridge.

Junior Hoilett cracked the crossbar with a powerful drive before Morrison planted a free header straight at Fulham's goalkeeper in the fourth minute of added time.

What does it mean? Bluebirds' wings clipped

Cardiff understandably looked nervous but before a late rally following Babel's wondergoal they did not get enough players forward in their rare attacks to threaten Fulham, who have now won three Premier League games in a row.

If Brighton triumph at home to Newcastle United later on Saturday, the Bluebirds will be on the brink of relegation. As for Fulham, there continue to be positive signs under Scott Parker.

Although the game was generally low on quality, Babel's winner was out of the top drawer.

He has scored three goals in his past four Premier League appearances and may well be snapped up by a top-flight club as a result.

Ploughing a lone furrow in a side with little attacking ambition was a tough task for Oumar Niasse, but he struggled to hold up the ball and provide Cardiff with any platform.

Niasse touched the ball only 15 times and won just two of his eight duels before being replaced.

Cardiff need to win at home to Crystal Palace next Saturday, when Fulham go to Wolves.