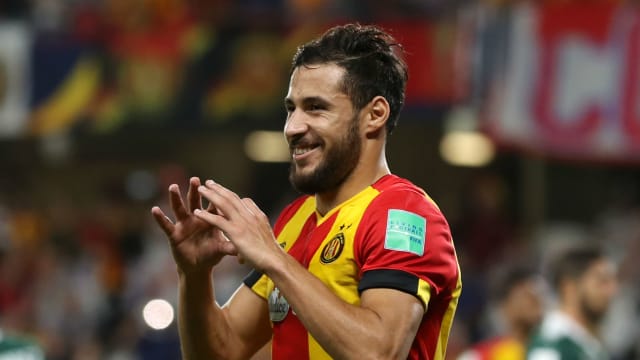 Youcef Belaili scored the only goal as ES Tunis kept their bid for back-to-back CAF Champions League titles on track with a 1-0 semi-final first leg win over 10-man TP Mazembe.

Hosts Esperance made most of the running before half-time as their Congolese visitors sat deep in front of assured goalkeeper Sylvain Gbohouo.

The breakthrough arrived six minutes into the second half as ES Tunis launched a counter-attack with the Stade Olympique de Rades briefly in the fog of flare smoke.

Belaili received possession on the left flank and his curling cross flew beyond striker Yassine Khenissi and Gbohouo to nestle in the far corner.

TP Mazembe's task became tougher in the 72nd minute when Kabaso Chongo was sent off for a second bookable offence, although Kevin Mondeko blazed over when presented with a good chance to equalise five minutes from time.

The return leg will take place at Stade TP Mazembe in Lubumbashi next Saturday, with Wydad Casablanca or Mamelodi Sundowns awaiting in the final.

STATS | Check out the full-time stats! Which team had the better overall performance? #TotalCAFCL#ESTTPMpic.twitter.com/dD6nIjZtKs