Bottas on pole in Baku as Ferrari endure qualifying nightmare 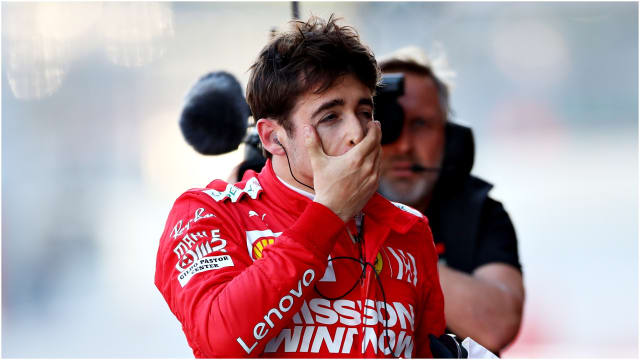 Mercedes locked out the front row at the Azerbaijan Grand Prix as Turn 8 caused havoc in Baku on Saturday and Ferrari suffered.

Valtteri Bottas set a track record to pip team-mate Lewis Hamilton and Ferrari's Sebastian Vettel to pole position, but all three men were aided by a costly mistake from the Scuderia's Charles Leclerc.

The Monegasque driver went fastest in the two practice sessions that were completed this week and looked to be well placed for a second pole of the season until he crashed in Q2.

Robert Kubica hit the wall at Turn 8 in Q1 and Leclerc followed suit in the second session, immediately ruing his own error.

"I will push to learn from this and come back stronger. Hopefully I will have a very good race tomorrow. After looking at FP1, FP2, FP3 and Q1, I thought pole was possible today. I threw it in the bin."

Ferrari had started slowly in Q2 and Vettel escaped with a near-miss at Turn 8 on his first lap, before Leclerc fell foul of the same stretch on his second.

Vettel, 12th fastest when the action resumed, was first back out on the track looking to make amends and improved to make the final session alongside Leclerc, although the 21-year-old was forced to sit out following his crash.

Ferrari's senior star looked as though he might lift team morale with a strong drive in Q3, but he could not dethrone Hamilton before Bottas squeaked through for the runaway Formula One leaders.

Pierre Gasly will start from the pit lane on Sunday after missing a practice weigh-in, but he was fastest through Q1 ahead of Leclerc and then sat out the rest of the day.

For Williams, there was the continuation of a miserable week after a tough Friday in which George Russell curtailed FP1 and missed FP2 entirely after a loose manhole caused irreparable damage to his chassis.

It was team-mate Kubica who suffered on Saturday, careering into the barrier in Q1 and causing further delays as the two Williams cars came in slowest.