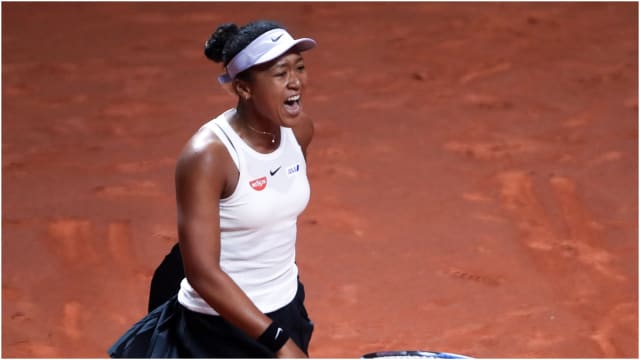 Naomi Osaka hit back at her critics after producing a stunning late show to edge past Donna Vekic and reach the Stuttgart Open semi-finals on Friday.

World number one Osaka looked to be heading out when she trailed Vekic 5-1 in the deciding set, despite earlier taking the opener in confident fashion.

After misunderstanding a question relating to her struggles in the match, Osaka took aim at those who suggested she has gone off the boil since winning the Australian Open at the start of the year.

"I'm just going to say it because whatever. I might get in trouble, but it's okay," she told a news conference.

"Sure, I didn't win Indian Wells but I still thought I did pretty good there, and at Miami. I'm here now, so sometimes I hear people say, 'Naomi's struggling there', and I'm like 'yo'."

Kontaveit had also appeared to be in trouble when she lost the first set to Victoria Azarenka, but she fought back to level the match.

The eighth seed then led 3-0 in the third when Azarenka was forced to retire.

Victoria Azarenka is forced to retire.

Kiki Bertens will meet Petra Kvitova in Saturday's other tie, with the former beating Angelique Kerber in straight sets.

Meanwhile, Kvitova came through a testing clash with Anastasija Sevastova 2-6 6-2 6-3 to book her spot in the last four.

At the Istanbul Cup, Petra Martic needed three sets and two tie-breaks to remain the only seed left in the draw, defeating the dangerous Kristina Mladenovic 7-6 (7-4) 4-6 7-6 (7-2).

Margarita Gasparyan won an all-Russian tie against Veronika Kudermetova, while Czech pair Marketa Vondrousova and Barbora Strycova both triumphed in their quarter-finals.