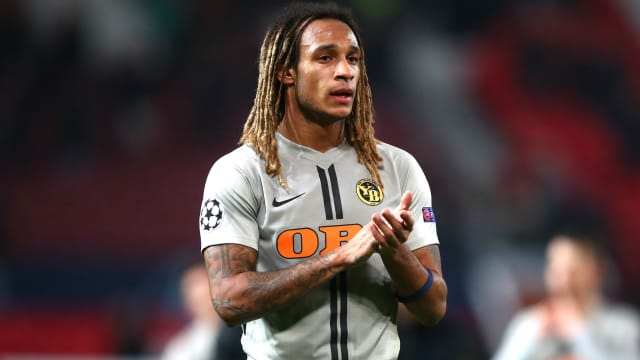 The 24-year-old will join the Bundesliga club at the end of the season in a deal reportedly worth in the region of €9.2million.

"I'm really looking forward to this new challenge and the adventure in the Bundesliga," Mbabu told Wolfsburg's website after completing his medical on Thursday.

"The facilities at the club are ideal for me to keep improving as a footballer at a high level."

Managing director Jorg Schmadtke added: "Kevin Mbabu made a very positive impression on us when we scouted him and reinforced that impression during our discussions with him.

"He's particularly strong and quick, and he's a player who will fit in well at VfL Wolfsburg as a footballer and as a person."

Mbabu, who has signed a four-year contract, came through the Servette youth system before enjoying a brief spell in the Premier League with Newcastle United.

He returned to his homeland in 2016 and has played a major role in Young Boys winning back-to-back Super League titles, ending the dominance of Basel.

.@Kevin_Baboo: "I obviously know the importance of the number  shirt, which Junior Malanda wore. It's a big honour for me to wear that number. It goes without saying that it gives me extra motivation to give my all and earn the right to wear the shirt." #VfLWolfsburgpic.twitter.com/JfqnPjcthe