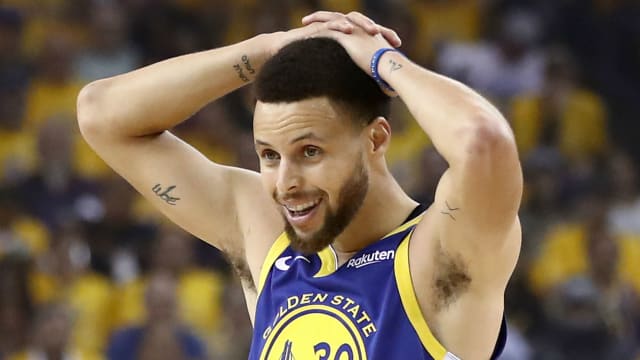 Williams put up 33 points as the Clippers pulled the series back to 3-2 with a 129-121 triumph at Oracle Arena on Wednesday.

It was a contest in which the Warriors, seeking a third straight NBA title, failed to match their usual intensity.

In contrast, Williams was evidently in the mood and his display won begrudging praise from Curry, who would rather forget all about the game.

"Numbers don't lie," he said on the subject of how the Warriors had dealt with the threat of Williams. "The matter of our intensity or our lack of intensity to start the game kind of came back to bite us.

"They had confidence all throughout their rotation early. And they fed off that in the second half.

"He's [Williams] obviously an X factor for them and the main catalyst in terms of momentum swings because he can get going really quick."

Curry added: "It's one of those nights that we've got to erase from our memory quick."

Stephen Curry becomes the only player in NBA history to knock down 400 career postseason threes. pic.twitter.com/eDOgWrZbwo

Steve Kerr's side will now look to finish the job on Friday and Curry is confident they will bounce back.

"Our message to each other going into Game 6 is, yes, we would have loved to have come in win four straight or close it out tonight," he said. "[It] doesn't change what the goal is. The goal is to win four games, move on to the next series and start it all over again.

"And as much as we hate this feeling we have of leaving the court tonight after Game 5, the goal is still the same. So again resiliency, we talk about that all the time, it should be there on Friday."

Despite the loss, Curry did manage to bring up another landmark as he became the first player so surpass 400 career postseason three-pointers.