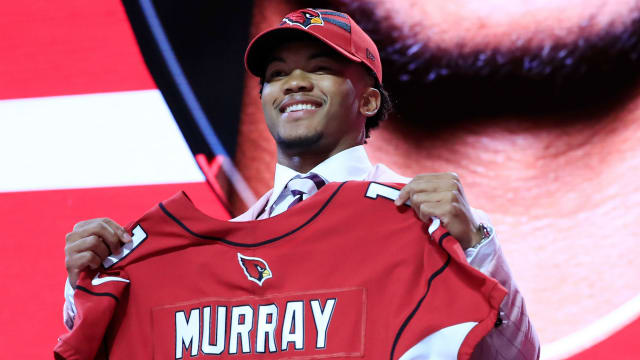 After following in his footsteps in going first overall in the NFL Draft as an Oklahoma quarterback, Kyler Murray was quick to receive congratulations from Baker Mayfield.

The Arizona Cardinals had long been anticipated to make Murray the top selection after he opted to forego an MLB career to play in the NFL back in February.

They did so on Thursday as Murray heard his name called first in Nashville.

As a result, Murray became the first player to be taken in the opening round of both the NFL and MLB drafts, as well as the second successive top pick from Oklahoma.

And it was Cleveland Browns star Mayfield who led the tributes to Murray.

See you in December @TheKylerMurray

Great pick. Really is a business when it comes to them.

Kliff kept his word way back when he was at Texas tech!! KYLER MURRAY