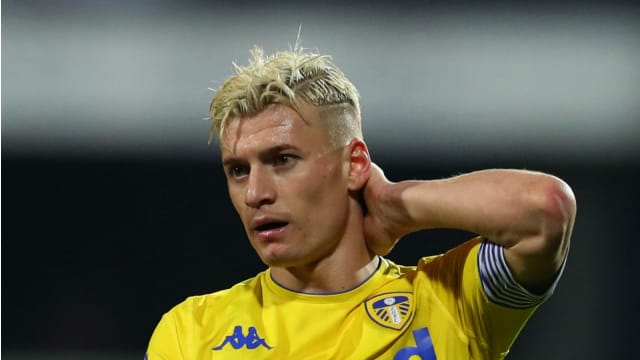 Leeds United will be without Ezgjan Alioski for the rest of the season after the makeshift full-back suffered a torn meniscus in Monday's defeat to Brentford.

Marcelo Bielsa's side lost 2-0 at Griffin Park in a huge blow to their hopes of automatic promotion from the Championship, with Sheffield United and Norwich City one point away from going up.

The play-offs look to be beckoning for Leeds and they will have to play their remaining games without key performer Alioski, who went off 12 minutes into the contest in west London and will be out for at least six weeks.

12’ Marcelo is forced into his first change after Alioski is withdrawn through injury, to be replaced by Dallas. 0-0 pic.twitter.com/V1O393hvvp

Leeds round off their regular campaign against Aston Villa and relegated Ipswich Town.