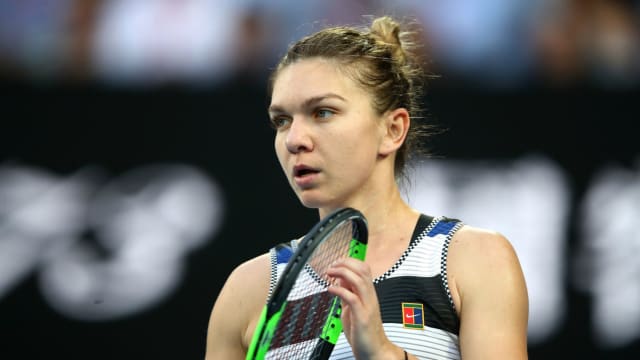 Simona Halep has been forced to withdraw from the Stuttgart Open with a hip injury suffered in Romania's Fed Cup semi-final defeat to France.

World number two Halep beat Caroline Garcia in their rubber on Sunday but picked up an issue during a fall, despite then featuring alongside Monica Niculescu in the deciding doubles match.

The problem will now see the defending French Open champion put her start to the clay-court season on hold.

Halep says she does not wish to play until she has fully returned to fitness, having dealt with back injuries at the end of 2018 that saw her miss the WTA Finals.

"It happened against Garcia in the first set, when I fell down," she said, explaining her decision to miss this week's tournament. "I felt pain in the hip.

Unfortunately no good news in the morning. @Simona_Halep has been forced to withdraw due to a left hip injury!
Get well soon, Simona! We hope to see you next year! #porschetennis#PTGP19#centreofattractionpic.twitter.com/Rrle4YlqUl

"If I'm not 100 per cent, I don't want to step on the court. I'm also exhausted mentally because I gave my everything in that tie.

"It feels bad because I gave everything. I've been very sad for the last two days. I've been through these moments many times, but I just need to relax and recover."

Halep is confident she will recuperate in time to play the Madrid Open and Internazionali d'Italia at the start of May before her Roland Garros defence later in the month.

"I stopped because there's a two-week break, so it's enough time to recover," she added. "I just want to go home and relax myself."

Her absence in Stuttgart opens the door for Petra Kvitova to seize the number one ranking from Naomi Osaka if the Japanese loses her first match. Kvitova would then have to claim the title.