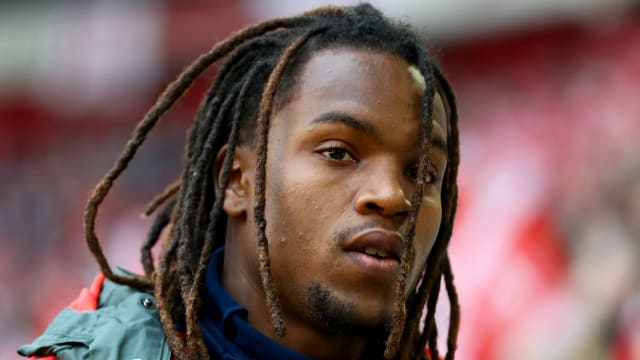 Sanches has started just four Bundesliga games this term and aired his frustrations after a brief cameo in Bayern's 1-0 home win against Werder Bremen last time out.

"I think so," Sanches told Bild when asked if it was time to move on. "Whether a loan or a sale is better, we will see.

"Everyone knows I want to play more. Five minutes is not enough!"

Portugal midfielder Sanches was previously linked with Paris Saint-Germain and Kovac accepts the 21-year-old is frustrated.

"It's not easy for him, he trains hard like everyone else," Kovac told a news conference on Monday.

"What's going to happen in the new season is not certain, we all have a job together now, and he's also part of making this season that way.

"We want to talk about everything in the summer, we'll talk after the last game and sit down together, it's not easy, we won 11 games, one loss, one draw.

"Everybody on the field is doing well, so it's not easy to get a successful, good player out on the field, so let's just wait and see if there are situations where he plays.

Bayern, top of the Bundesliga, continue their double bid when they go to Bremen in the semi-final of the DFB-Pokal on Wednesday.

Arjen Robben remains sidelined by injury but Mats Hummels and James Rodriguez are available to face Bremen, who Bayern have beaten 19 times in a row in all competitions.

"Hummels and James have been back on the training pitch today and look okay," Kovac added. "David Alaba worked individually in the fitness centre.

"I had a chat with Arjen today and he's feeling better and sounds more optimistic. I don't want to make things sound better than they are, but it was nice to hear it from him.

"It will be a different game at their place. I'm expecting a different Werder side looking to hurt us on the counter. It will be more difficult than it was on Saturday.

"The atmosphere is very special in Berlin. The whole world will be watching the final, so the motivation to get there is huge."