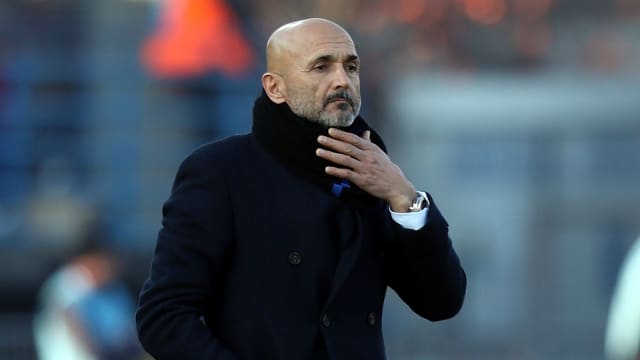 Luciano Spalletti described Inter's point against Roma as "precious" in their bid for Champions League football even if he concedes the team were not always at their best.

Third-place Inter maintained a six-point gap to Roma in fifth with a 1-1 draw at San Siro on Saturday with Ivan Perisic cancelling out Stephan El Shaarawy's stunner.

And with just five matches remaining, Spalletti hailed the importance of the result.

"I think we could've done better, because we misplaced some passes that should not be allowed at the level of Inter," he told Sky Sport Italia after the draw with his former club.

"However, overall, a draw is fine and a precious result in the circumstances.

"While attacking a lot, we weren't able to stay organised so a draw is a fair result in the end.

"For how the game played out, 1-1 can be seen as a good result because Roma tightened up a lot after going ahead and they're dangerous on the break with their players."

Thanks for the support #InterFans!

"Perisic does that sometimes, he has the chance to push forward, but turns and goes backwards instead," he added.

"He is a very useful player, strong in the air and always dangerous at the back post, which is a necessary skill against a physical side like Roma."

Roma are just a point shy of fourth-place AC Milan as the race for the Champions League threatens to go to the final day and boss Claudio Ranieri believes a point was a fair result.

"We came here trying to win, which is what I always want from my teams," he said.

"We could've countered better in the second half, as we were too pinned back and on three or four occasions Inter were smart to foul and stop us getting up the other end."