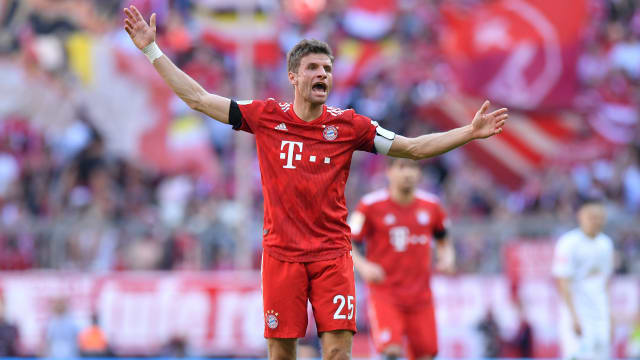 Thomas Muller admitted Bayern Munich are feeling the pressure in the race with Borussia Dortmund for the Bundesliga title.

Niklas Sule's 75th-minute goal settled the contest at Allianz Arena, where Bayern boosted their advantage, with rivals Dortmund not in action until Sunday.

Muller said the pressure is on in Germany as Bayern eye a seventh successive league crown.

"The pressure is there, we're feeling it as we all desperately want to win the Bundesliga title," Muller told bundesliga.com.

"After half-time, we had to up the pace, which we did, even though the result was still relatively close."

Bayern – in the midst of a 10-game unbeaten streak in the Bundesliga – are top with four matches remaining.

Dortmund can move within a point of Bayern with victory at Freiburg.