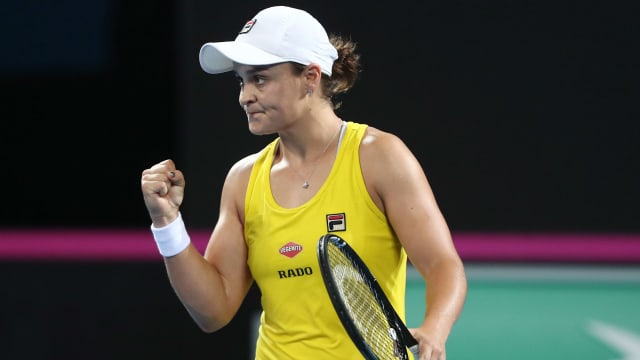 The results set up an exciting start to Sunday's action, which begins with Barty - who has won her last 12 Fed Cup rubbers - and Sabalenka battling it out on Pat Rafter Arena.

Barty twice recovered from breaks of serve in the opening set to stay level and produced a spectacular recovery from 0-40 to hold in game 11.

The Australian won seven points in succession to take the tie-break and she claimed three games against serve in the second to inflict a first Fed Cup defeat on her Miami Open doubles partner since 2010.

Sabalenka fired 37 winners past Stosur en route to winning the first rubber, though she passed up four set points before sealing an error-strewn opener.

Stosur struggled on her first serve but secured five breaks in the second set – just one more than Sabalenka – to force a decider, which she sealed with her third match point.