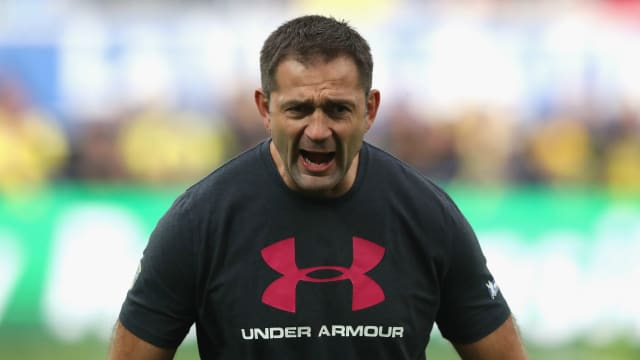 Franck Azema has signed a new contract to remain as Clermont Auvergne's sporting director until June 2023.

Azema's deal was due to expire at the end of next season but he and his assistants Bernard Goutta, Didier Bes and Xavier Sadourny - as well as other staff members - have been handed fresh terms.

Should he see out his new contract, the 48-year-old will become the longest-serving coach in Clermont's professional history.

Azema said in a statement: "It's a great pleasure and a great honour to be able to continue to lead this team for the next four seasons. It's also a nice sign of trust from my president and the club.

"I am very happy to see all my assistants join me in this. This will allow me to continue to work in confidence and to delegate to the 17 people who constitute our staff and are all essential.

"I wanted to continue serving the club where I played and that became my home."

Azema led Clermont to the Top 14 title in 2016-17 but missed out on a double after going down to Saracens in the European Champions Cup final, which they also lost to Toulon two seasons prior.

President Eric de Cromieres said: "Franck is not the same as he was when he arrived in 2010, or even in 2014 when he took over the team, and I am sure he will be different again in 2023.

"This staff as a whole is a group that will allow us to continue to progress and to be ambitious in the years to come."