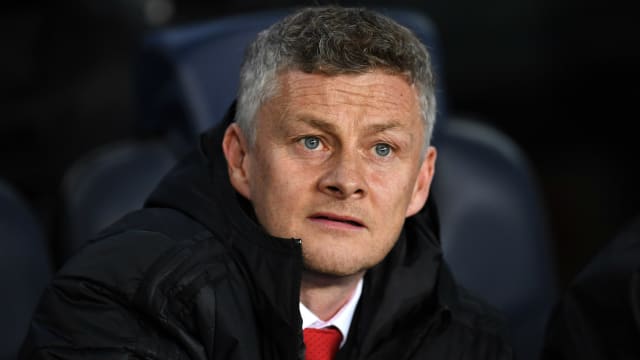 Ole Gunnar Solskjaer claims some of his Manchester United players "need a reality check" and admits it will take time to rebuild the squad to meet his demands.

United were beaten 3-0 by Barcelona on Tuesday in the second leg of their Champions League quarter-final tie, having lost the reverse game at Old Trafford 1-0.

Including those matches, the Red Devils have lost five of their last seven games in all competitions and face a tough run-in in the Premier League as they attempt to finish in the top four.

There has been talk of a significant spending spree in the transfer window to come, with players including Jadon Sancho and Kalidou Koulibaly linked with moves, while the futures of Alexis Sanchez, Paul Pogba and David de Gea appear uncertain.

Solskjaer, though, insists there is no easy fix to be had in the transfer market and suggested some United stars are unlikely to match the improvements of others under his tutelage.

"I've learned a lot about them over the months I've been here," he told a news conference on Friday. "Most of them have really impressed me with their attitude. There are some who need a reality check on where they're at, but most know they can improve if they keep working.

"I've been speaking to the club [about transfers]. We know we have to be realistic and we know we have a job. There's no quick fix, it's not 'buy seven players and we're in the right shape'. We are where we are.

"I can't wait for pre-season. There will be some additions, but the players have to come back knowing what's expected of them. First day of pre-season they've got to do the job and take ownership of that over the holidays. It'll be great to see who is coming back ready."

On the journey to being the best you’ve got to experience the best. Is it just a loss or is it also a lesson?

We will be back #MUFCpic.twitter.com/VvY4FLL86w

It was put to Solskjaer that Anthony Martial is one such player in need of a "reality check", having disappointed with recent performances, but the United boss has faith in the France forward.

"I've spoken to individuals and Anthony's one of them, I've spoken to all of them individually," he said. "Anthony's got a massive talent, he knows we believe in him, so just keep on working.

"Anyone at Man United has to deliver to stay in the squad and stay in the team and Anthony's no different to Rashy [Marcus Rashford], Rom [Romelu Lukaku], Alexis, the many forwards we have to choose from. That's the great thing about it. It's down to players as well [to improve].

"As we've said, we've lost two league games since I came in. Those games we shouldn't have talked about losing. We've won games we maybe didn't deserve to, but players know what's going to happen, they know what I expect. When we came in 19th of December, and where we're at now, I think anyone would have taken that.

"When you're playing, there's no hiding place and everyone can see what the level's at. We're also working in training with the fantastic staff I've got to create a culture I want. You want players to take ownership of what's happening but it's the performances on the pitch that will determine where they're at in their careers. That's what we spoke about in Barcelona as well - when you're in big stadiums you have to step up because there is no hiding place."

Solskjaer also defended United's transfer policy amid criticism of their approach to scouting and recruitment in recent years.

"I know there's been loads of criticism. I don't know if all these critics know what's happening," he said. "We've got scouts scouring the planet looking for good footballers. We'll sign players we think are the right fit personality-wise, quality-wise, price-wise. I'm confident we're doing what we can to get the right players in."