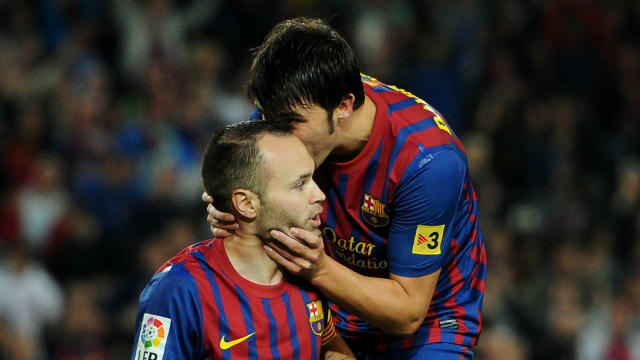 Barcelona have confirmed a reunion with former players Andres Iniesta and David Villa after booking a pre-season friendly with Vissel Kobe.

Iniesta ended a career-long association with Barca by signing for the Japanese side last year, with Villa and former Camp Nou midfielder Sergi Samper now also at the club.

But the trio will all have a chance to catch up with old friends including Lionel Messi, Gerard Pique and Sergio Busquets as Barca are heading to Japan on tour.

Ernesto Valverde's men, seeking to complete the treble this term, will take on Premier League club Chelsea in Tokyo on July 23.

Hola! Hello!
Happy to be going back to Japan this summer!
#RakutenCup pic.twitter.com/9Dlqw98yCa

Then, four days later they will head to Kobe to face Iniesta, Villa and Samper's Vissel side to conclude the Rakuten Cup.

Barca director of football Eric Abidal said: "We've had some fantastic battles against Chelsea in recent years and we're looking forward to playing them again in Tokyo.

"As for Vissel, the match will be very special for us as there are three players who are now in Kobe, but who have been part of the Barca family: Sergi Samper, David Villa and Andres Iniesta.

"We're excited to bring our unique style of play to our fanbase in Japan."