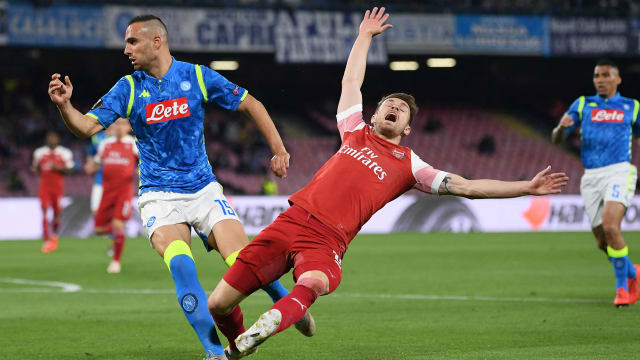 Unai Emery's men entered the Stadio San Paolo with a 2-0 aggregate advantage, one that was embellished by Alexandre Lacazette's superb 36th-minute free-kick.

The goal came shortly after the Gunners were hit by a setback to Ramsey.

The 28-year-old Wales midfielder will join Juventus when his contract expires at the end of this season.

Depending on the severity of the injury, Ramsey could have made the final appearance of an 11-year association with Arsenal.

Oh no... @AaronRamsey goes to ground clutching his hamstring - and that will be the end of his evening