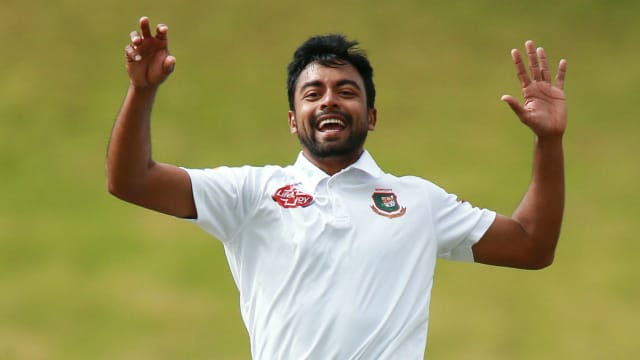 Uncapped seamer Abu Jayed has been named in Bangladesh's 15-man Cricket World Cup squad, yet there is no place for batsman Imrul Kayes.

Jayed has appeared in Twenty20 internationals and Tests for his nation and though he is yet to feature in a one-day international, the 25-year-old swing bowler has been included for the upcoming 50-over showpiece in England.

Mustafizur Rahman, who is battling an ankle problem, is also part of the squad, as are Mahmudullah (shoulder) and Rubel Hossain (side strain).

However, Imrul has once again been omitted having missed the recent ODI series with New Zealand, which Bangladesh lost 3-0.

Imrul, 32, averages over 32 in 78 ODIs for Bangladesh but will be missing when his country begin their World Cup campaign against South Africa on June 2.

There is a recall for Mosaddek Hossain, though, the middle-order batsman having not represented Bangladesh in an ODI since September 2018.

In addition to the 15 players named in the squad, Yasir Ali and Nayeem Hasan have been called up for the tri-series with Ireland and West Indies, which begins in May.