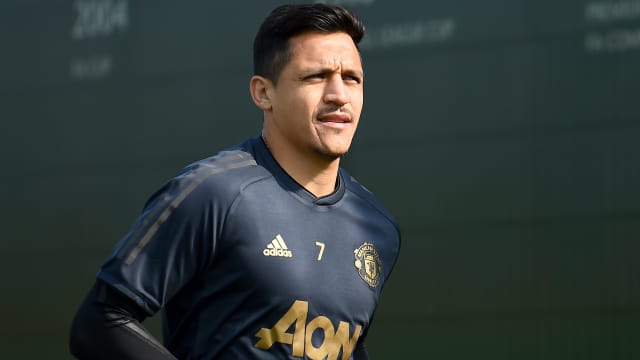 Ole Gunnar Solskjaer hopes for "a big night" from Alexis Sanchez after confirming he and Nemanja Matic are fit to face Barcelona on Tuesday.

Sanchez has been out of action since suffering knee ligament damage in the 3-2 Premier League win over Southampton at Old Trafford on March 2.

Solskjaer says the former Arsenal and Barca forward, along with midfielder Matic, are ready to be involved in the Champions League quarter-final second leg, in which United hope to overturn a 1-0 deficit.

And the Red Devils boss admits Sanchez will have a point to prove back at Camp Nou, having only scored twice in 23 appearances in all competitions this season.

"Fitness-wise, Matic and Alexis are available," Solskjaer told a news conference on Monday.

"For Alexis, who has been here and played here, it'll be a big night. I'm sure he'll want to prove a point on the pitch and for us as well because he's been injured and he's not had a fantastic season so far.

Another special night at the Nou Camp on Tuesday? @LukeShaw23#MUFC#UCLpic.twitter.com/PTHVR83z6A