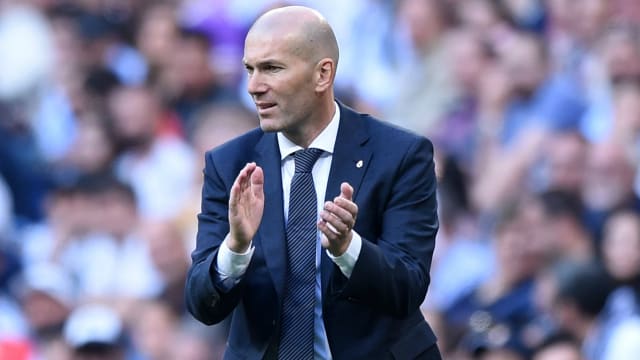 Former France international Zidane, who returned to Madrid in March after resigning in the wake of leading the club to a third straight Champions League title in 2018, is widely considered to be one of the best players of his generation.

Despite the Madrid squad containing multiple high-profile stars, Vinicius says there are times when they are in still in awe of their boss.

"When a guy like that – who played at such a high level – is on the bench and says anything, you pay attention, don't you?" Vinicius told Globo's Esporte Espetacular.

"Sometimes we get a little nervous when we are going to speak to him. He does everything for you, so you only worry about playing football."

Vinicius has not featured under Zidane during his second reign at Los Blancos, having suffered an ankle injury in the Champions League last-16 second-leg defeat against Ajax on March 5.

The 18-year-old, though, is convinced he will be given the chance to shine under Zidane when he recovers.

"I'm relaxed because I know my opportunity is going to appear," said Vinicius.

"I know that Zidane gives everyone their chance. Now we are preparing for next season."

Vinicius faces a race against time to be fit for Brazil's Copa America campaign, which kicks off in June, and is doing everything in his power to prove his fitness to national team boss Tite.

"When you come back from an injury, you are a little afraid," he said.

"But I am preparing very well so that I can play the final matches of the season and, if possible, be called up by the national team.

"I would be happy if that happens, and if it doesn't I will support the Selecao like always."