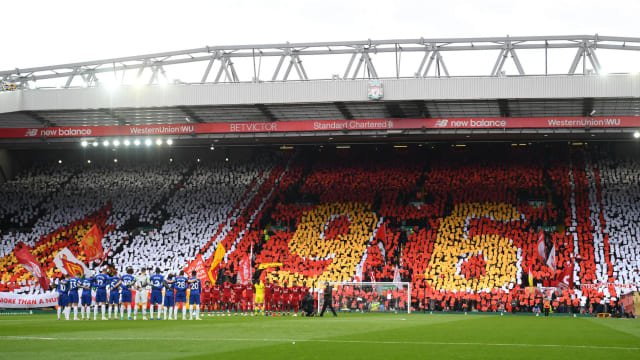 Liverpool's first-team squad laid wreaths outside Anfield to mark the 30th anniversary of the Hillsborough disaster.

The players – led by manager Jurgen Klopp and captain Jordan Henderson – were present at the stadium to pay their respects to the 96 people who died as a result of a crush during the FA Cup semi-final between the Reds and Nottingham Forest on April 15, 1989.

Liverpool's women's and academy teams also visited the memorial on Monday, with all players and staff from the club holding a minute's silence at 15.06 local time – the point at which the match was stopped.

The same mark of respect was observed prior to Liverpool's 2-0 win over Chelsea on Sunday, a result that lifted Klopp's side back to the top of the Premier League.

Earlier today, the Liverpool first-team, Women's and Academy squads paid their respects to the 96 children, women and men who died at Hillsborough by visiting the memorial at Anfield. pic.twitter.com/RqwWn23AzY