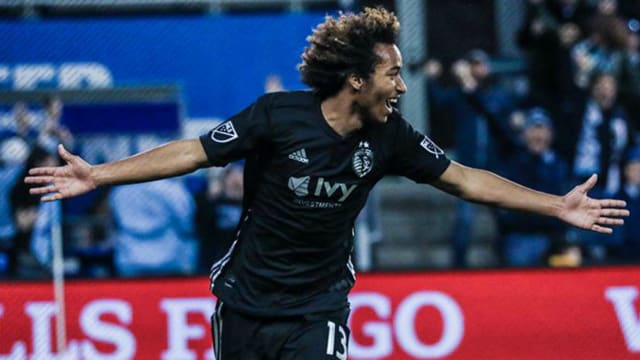 Sporting KC teenager Busio rescued a point in a 1-1 draw away to FC Cincinnati last week and the 16-year-old sensation was at it again on Sunday.

With the visiting Red Bulls leading 2-1 thanks to Daniel Royer and Brian White – who cancelled out Johnny Russell's 24th-minute opener – Busio came off the bench and claimed a point for Sporting KC.

Substitute Busio was on hand to bundle the ball over the line from an initial corner with two minutes of normal time remaining at Children's Mercy Park, where Sporting KC had suffered a 5-2 second-leg defeat and 10-2 aggregate rout to Monterrey in the CONCACAF Champions League semi-final on Thursday.

There was still plenty of drama in the closing stages after Sporting KC's Daniel Salloi rattled the crossbar, while Red Bulls midfielder Kaku was sent off for kicking a ball into the crowd from close range.

Sporting KC are seventh in the Western Conference with nine points, while the Red Bulls are ninth in the east and three points adrift of the top seven.