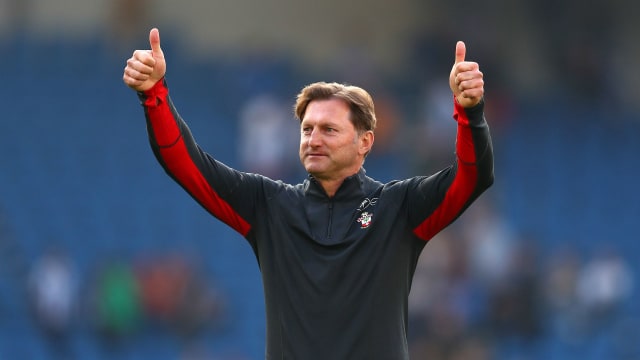 Southampton manager Ralph Hasenhuttl says he is refusing to celebrate Premier League survival until his side have reached 40 points.

Two goals from Nathan Redmond and one from Shane Long sealed maximum points but the Saints boss insists he will not assume safety is guaranteed and wants his side to put at least another four points on the board.

"I'm absolutely pleased with the win. It was a massive one for us," he told a media conference.

"You can read the table and we are always speaking about the 40 points and as long as we don't have 40 points I don't celebrate staying in the league so there is still a long way to go.

"I think we showed a very good performance. It was a good start from a team that was hard for me to select.

"We deserved this win because we were the better team. We scored three times and could have scored more."

Wolves are now without a win in their last five away games in the Premier League and boss Nuno Espirito Santo had no complaints with his side's latest defeat on their travels.

"I think it was a bad game. A bad performance," he said. "From the beginning of the game, our defensive organisation was not at our best.

"We were on the front foot and we equalised. The game was there for us, but we conceded in a way we cannot concede.

"The game became harder and the second half was bad. A bad performance. We are a team that wants to compete in every game, and we didn't compete at our best.

"We need to regroup, analyse, look at the game and react for the next one."